What is the DeskDirector Admin Console?

Avatars in the DeskDirector Portal

Enable or Disable the 'Something Else' Option

Embedding Media as the Help Page

Setting Up and Using the VIP Priority

How to setup the Flag feature (ConnectWise)

Have Approvals go to Approvers according to site (ConnectWise)

Getting Started with Request Type Groups

Getting started with DeskDirector Forms

Getting Started with the Menu System

Getting Started with the Learning Center

How to change the name of the Learning Center

Getting Started with OneNote Notebooks

How to roll out new portal features and UI designs

Default Ticket Board and Source

Setting up your Approval Statuses

Adding a VIP Priority via the Admin Console

Setting Status when Ticket is Closed

Logging in with Passwordless

How to configure the Wise-Pay Integration

How to configure QuoteWerks integration

About the QuoteWerks Integration (FAQ)

Get started with the DeskDirector Power Automate Connector

Action: Create an email from template

How to use Task Lists

What is the DeskDirector Tech Portal?

Getting Started with DeskDirector Tech Portal

Managing Tickets from the Tech Portal

Creating a Ticket from the Tech Portal

Getting Started with Broadcasts

Getting Started with DeskDirector Chat

Creating a Chat Session from the Tech Portal

"Call me Back" Feature

Getting Started with Macros

What is the DeskDirector Client Portal?

Creating a Ticket from the Client Portal

Creating a Chat Session from the Client Portal

Managing Approvals in the Client Portal

Managing Notifications in the Client Portal

Receiving Broadcasts in the Client Portal

Logging in to DeskDirector Workflow

How User Authentication works in DeskDirector

Logging in with Active Directory

Setting up your custom domain

Finding out what server your DeskDirector instance is on.

How search works in DeskDirector products

DeskDirector Tech Portal - How to take advantage of browser tabs

How do I add Tech Members/Contacts/Companies to my DeskDirector instance?

How do we set a landing page for the client portal?

Tickets are missing in DeskDirector but they are on my PSA

My customer is seeing deleted tickets in portal

Changing the Summary of Wufoo Tickets

Getting started with WuFoo Forms

Switching PSA or merging with another CW/AT instance

How to Allow Time Entries for StreamlineIT Members

Release Notes in the Admin Portal 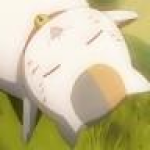 Updated 3 months ago by Jason He

Portal v5 is build based on Microsoft's WebView2. The kernel of WebView2 is Chromium and C# (.Net). Compare to Electron, WebView2 is more secure. The script from web application can no longer have access to target operating system. The only way to communicate between C# managed code and Chromium in WebView2 is through communication protocol. Where application created by old version of Electron, it is possible to allow front-end script to direct communicate with Node.JS which open up backdoor. contextIsolation setting

Q: Do I need to uninstall old portal before install new?

A: If target PC has portal v3 or v4, you can install directly. It will replace old portal. If it is v2 or older, you will need to run our uninstaller.

A: We would encourage you to start using our TECH desktop portal first. In case we have any bug fix that requires redeployment. Since we have rewrite the whole desktop, it will take a month or two before we can call it is stablized.

Q: What kind of bug v5 could have? Security bug?

A: No. Nothing to do with security. Different to Node.JS (JavaScript), C# as managed code, the environment is more strict. If any exception is not handled, the application could crash.

Q: What is TECH desktop portal?

Q: Version 5 for MacOS is not available. When will DeskDirector release it?

A: WebView2 is currently only available for Windows. Microsoft is planning on release it for MacOS around Oct 2022. GitHub issue

We expect to have less version updates for v3 in the future. Generally one or two releases per year, it is also your choice to update when new versions are released. For example, if you don't use sticky notifications and the fix is only for sticky notifications, then you don't have to upgrade. Or if the fix is only to upgrade rendering engine and you don't see anything broken from your end? You don't have to re-deploy.

How did we do?